The essence of the bonobo experience is to guide people through an alternative system of relating to one another. We will take participants on a journey to rediscover our primal past and in turn cultivate new maps for our future. Our work is to promote togetherness and connection and to try and heal or rejuvenate our sense of belonging.
Visit site 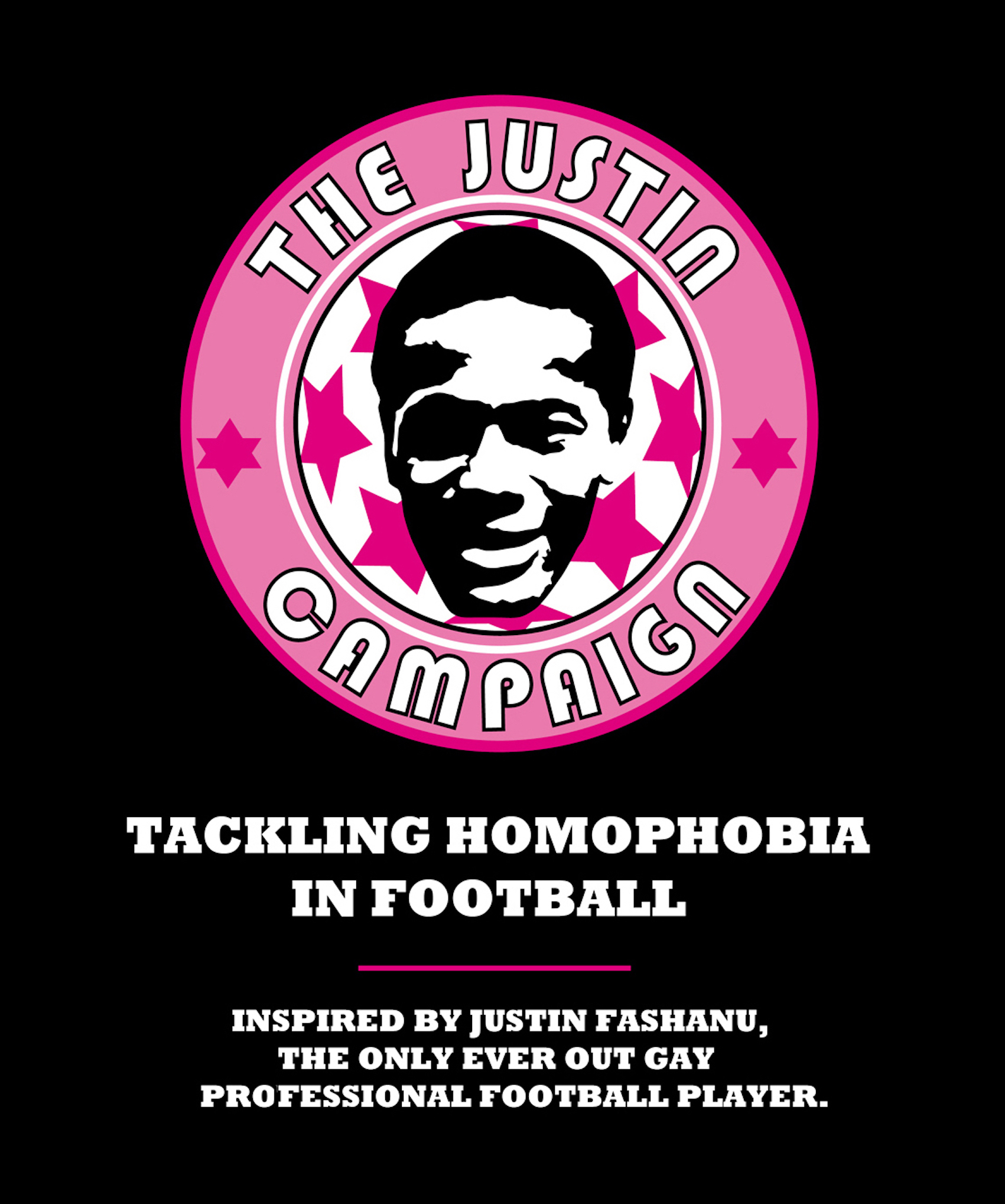 Visit site
The Justin Campaign was founded to demonstrate that ten years after Justin Fashanu’s tragic suicide in 1998, homophobia is still hugely prevalent in both grassroots and professional football. Along with raising awareness the campaign has a strong focus on Art, Events, Education and football. Through these four key initiatives and some forward thinking strategic work with other inclusive sporting organisations, The Justin Campaign seeks to challenge the stereotypes and misconceptions that exist around LGB & T (Lesbian, Gay, Bisexual & Trans) people and work towards a future where the visibility of LGB & T people in football is both accepted and celebrated. 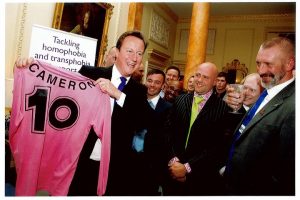 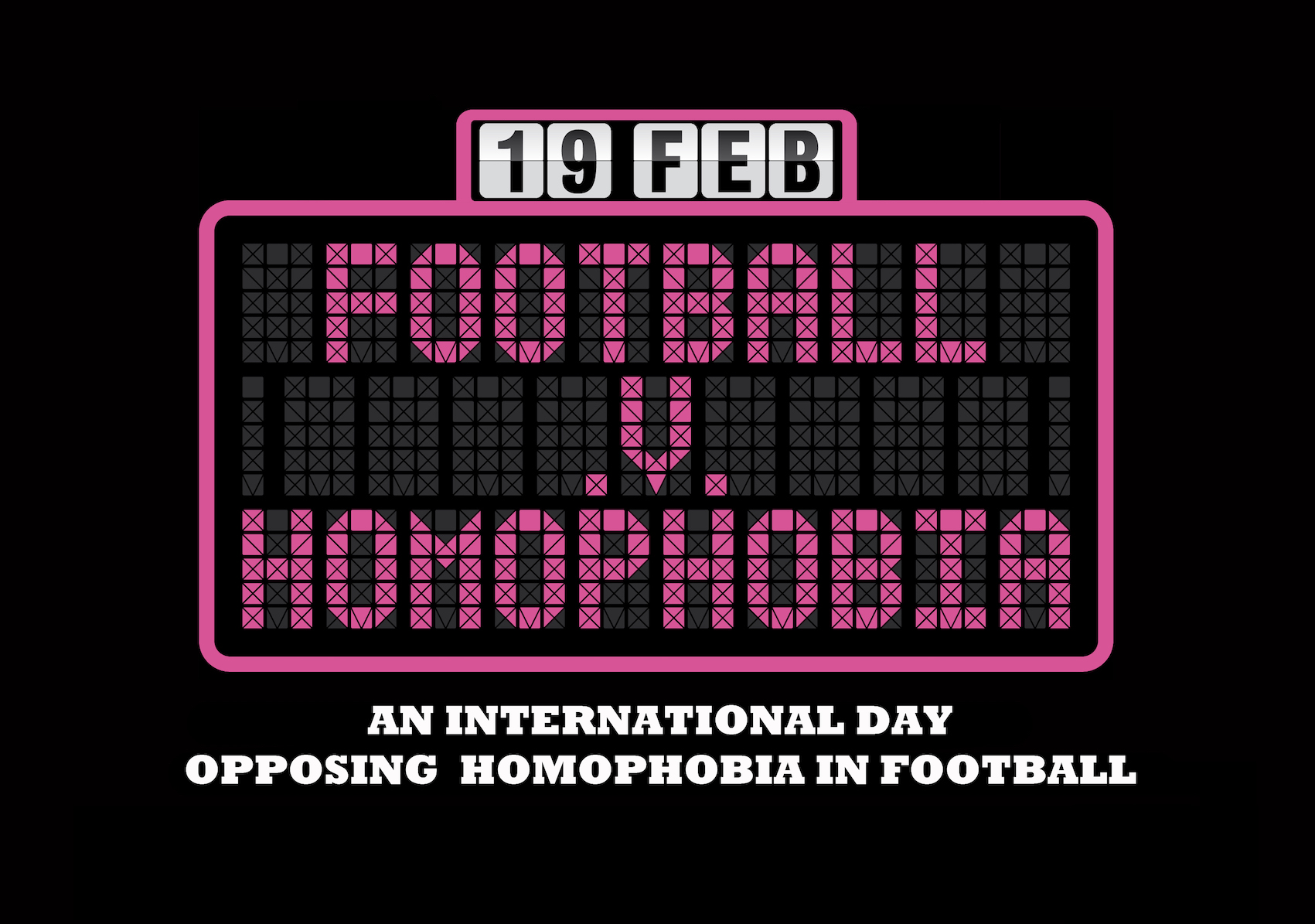 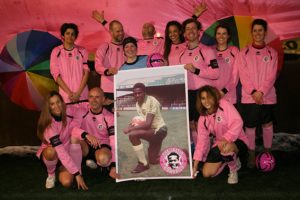 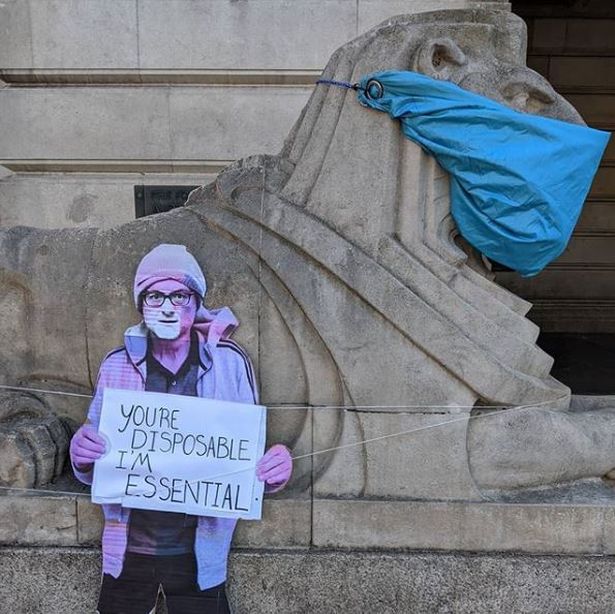 An artist who feels he has been “taken for a mug” by Dominic Cummings has tied a cardboard cutout to Nottingham’s left lion to make sure the chief advisor’s lockdown breach debacle is “not forgotten”. The satirical cut-out of Mr Cummings features a sign with the words ‘You’re disposable, I’m essential’ etched onto it, while the left Lion statue has been given a giant blue facemask. Jason Hall, who moved from Brighton to care for his mother before the start of the pandemic, utilised an A4 printer and some cardboard to “make some noise” in Old market square this weekend (May 30). 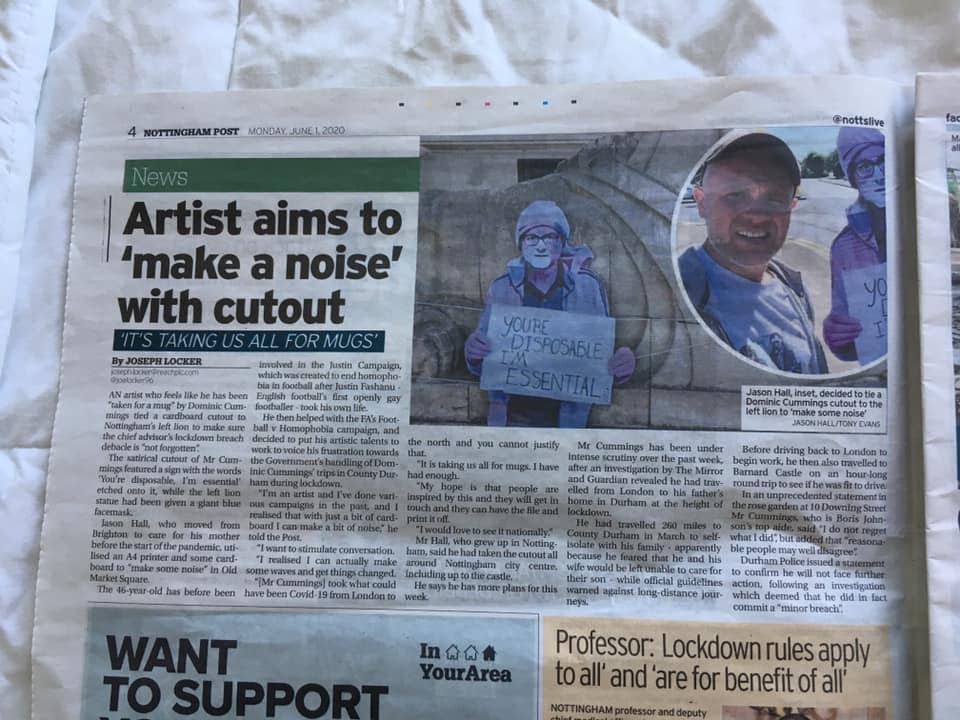 The 46-year-old has before been involved in the Justin Campaign, which was created to end homophobia in football after Justin Fashanu – the world’s first openly gay footballer – took his own life. He then helped with the FA’s Football v Homophobia campaign, and decided to put his artistic talents to work to voice his frustration towards the Government’s handling of Dominic Cummings’ trips in County Durham during lockdown. “I’m an artist and I’ve done various campaigns in the past, and I realised that with just a bit of cardboard I can make a bit of noise,” he told Nottinghamshire Live. 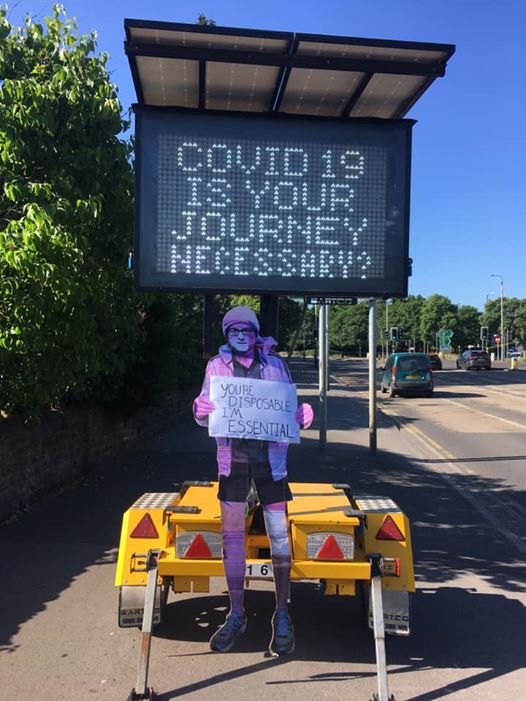 “I do not think the story should be going anywhere. I want to stimulate conversation. I realised I can actually make some waves and get things changed. “[Mr Cummings] took what could have been covid-19 from London to the north and you cannot justify that. It is taking us all for mugs. I have had enough. “I can write to my MP and do these little actions. My hope is that people are inspired by this and they will get in touch and they can have the file and print it off. “I would love to see it nationally. [Mr Cummings’] is experienced in campaigns and what he has masterminded I want to throw it back at him.” Mr Hall, who grew up in Nottingham, said he had taken the cutout all around Nottingham city centre. including up to the castle. He says he has more plans for Monday, June 1. Mr Cummings has been under intense scrutiny over the past week, after an investigation by The Mirror and Guardian revealed he had travelled from London to his father’s home in Durham at the height of lockdown. He had travelled 260 miles to County Durham in March to self-isolate with his family – apparently because he feared that he and his wife would be left unable to care for their son – while official guidelines warned against long-distance journeys. Before driving back to London to begin work, he then also travelled to Barnard Castle on an hour-long round trip to see if he was fit to drive. While here, he stopped by a river where his child played. In an unprecedented statement in the rose garden at 10 Downing Street Mr Cummings, who is Boris Johnson’s top aide, said “I do not regret what I did”, but but added that “reasonable people may well disagree”. 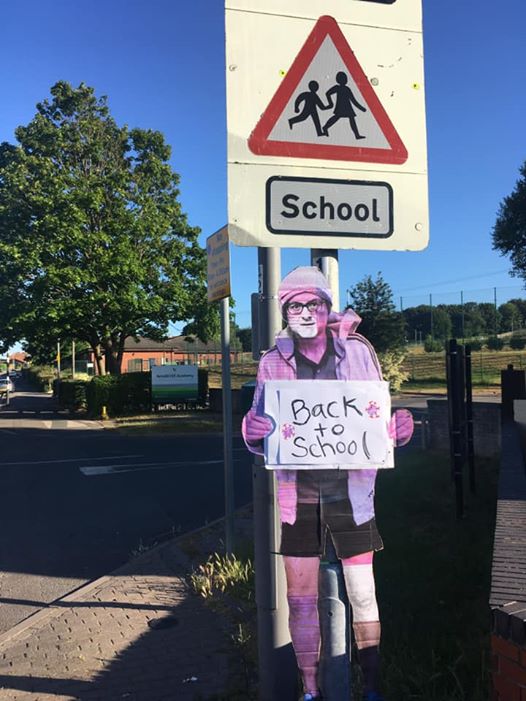 Durham Police issued a statement to confirm he will not face further action, following an investigation which deemed that he did in fact commit a “minor breach”. It said: “On March 27 2020, Dominic Cummings drove to Durham to self-isolate in a property owned by his father. “Durham Constabulary does not consider that by locating himself at his father’s premises, Mr Cummings committed an offence contrary to regulation six of the Health Protection (Coronavirus, Restrictions) (England) Regulations 2020. (We are concerned here with breaches of the regulations, not the general Government guidance to “stay at home”.) “On April 12 2020, Mr Cummings drove approximately 26 miles from his father’s property to Barnard Castle with his wife and son. He stated on May 25 2020 that the purpose of this drive was to test his resilience to drive to London the following day, including whether his eyesight was sufficiently recovered, his period of self-isolation having ended. “Durham Constabulary have examined the circumstances surrounding the journey to Barnard Castle (including ANPR, witness evidence and a review of Mr Cummings’ press conference on May 25 2020) and have concluded that there might have been a minor breach of the regulations that would have warranted police intervention. “Durham Constabulary view this as minor because there was no apparent breach of social distancing.” The statement added that if a police officer had made contact, he would have been issued advice on the dangers of travelling during the pandemic. More than 40 MPs have criticised his movements, but the Government has requested people now “move on”. A Number 10 spokesman previously said: “The police have made clear they are taking no action against Mr Cummings over his self-isolation and that going to Durham did not breach the regulations. “The Prime Minister has said he believes Mr Cummings behaved reasonably and legally given all the circumstances, and he regards this issue as closed.”